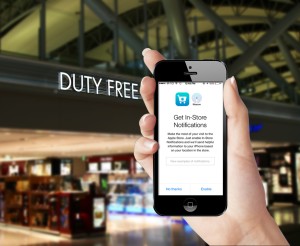 Expectations of airline passengers are not only shaped by how well an airline performs versus its direct competitors.

They are also fuelled by standards set by experiences that consumers have in other industries, as innovative products and services in one industry raise the bar for all industries.

This means airlines and airports need to tune into the customer from a holistic perspective when designing the passenger experience.

Below is the outline of our upcoming presentation, illustrated by a few examples of how airlines are tapping into the changing consumer behaviour and expectations of today’s connected travellers.

As smartphones make it quick and hassle-free to order goods online, flag a taxi via Uber, etcetera, 24/7 on-demand economy has generated a sense of entitlement to fast, simple and efficient experiences as it taps into consumers’ appetite for greater convenience, speed, and simplicity.

For example, analysis from Uber shows the longer Uber has been in a city, the less willing to wait for a car everyone becomes.

In the food and beverage industry, Starbucks’ new pre-order app has become a very popular time-saving service, while airport restaurateur OTG has installed thousands of food-ordering iPads at half a dozen U.S. airports.

And a growing number of airlines – including Virgin America, Air New Zealand, Japan Airlines, Norwegian, Azul – allow passengers to order meals, snacks and drinks via the in-seat IFE system in between regular meal services, while Qantas and EVA Air offer passengers the option to purchase duty free via their Panasonic eX3 IFE systems.

Passengers onboard leisure carrier TUI Netherlands can even order drinks and duty free via their own smartphone.

These on-demand services allows for retailing to occur throughout the entire duration of a flight rather than a limited time when the flight attendant walks the aisle.

Furthermore, the ability to be connected on the ground and often up in the air – combined with airlines’ commitment to digital service – allows passengers to be in the know about the progress of their journey in real-time.

Delta in 2011 became the first airline to make the baggage process more transparent for passengers by launching its ‘Track Checked Bags’ service.

Available for domestic flights, Delta passengers can use the ‘Track My Bag’ functionality on the Delta mobile app to scan their baggage tag with their smartphone camera. And, as Delta has equipped its entire domestic fleet with GoGo’s in-flight Internet, passengers can even check up in the air whether their bag has made it on their flight using the free access to delta.com and the mobile app.

Surprisingly, Delta’s ‘Track My Bags’ service has been introduced by very few other carriers – although the rapid developments in digital luggage tags will no doubt change this.

American Airlines since the fall of 2015 lets passenges to track their luggage via its website – but not yet via its app, while Lufthansa has just announced a comprehensive ‘baggage experience’, allowing passengers to track their bags via the Lufthansa app, as well as launching a digital baggage tag in partnership with Rimowa.

Passengers, spoilt by availability of user-centric apps on their smartphones, are raising the bar for airline apps as well to become more relevant. A growing number of airlines is tapping into the opportunities today’s digital revolution offers to do much more than just fly passengers from A to B and turn the airline app into a digital travel companion.

This approach is most visible today in the digital partnerships that airlines such as United and American have forged with Uber.

In mid-2014 Uber announced It would open up its application program interface (API) so any app developer could integrate the on-demand car service into their app. Basically, all it takes is to add a few lines of code and an Uber button is part of the app.

The idea is that while passengers are in an Uber car on the way to their destination, other apps and services can push them contenct to consumer during their ride and the ‘experience’ can also be customized to the trip since data about the destination and duration can be assessed.

Lufthansa is one of the airlines that has fully embraced this open platform mentality and the airline’s Innovation Hub in Berlin is taking a leading role in turning Lufthansa into an end-to-end digital travel ecosystem.

As Sebastian Herzog, Managing Director and Chief Strategist of Lufthansa’s Innovation Hub, puts it: “While Lufthansa traditionally sees itself ‘only’ as an airline, digital transformation drives the connectivity and interdependence of all mobility services. In such a scenario, it is important to understand and build ecosystems while proving the ability to share data and partner.”