As the global economy dynamically changes, all major airlines are focusing on the rapidly growing middle class and business markets of the BRICs and the ‘Next 11’ as a new source of growth.

According to Boeing’s latest outlook, these emerging economies will collectively occupy over 60 percent of passenger flows by the year 2030. 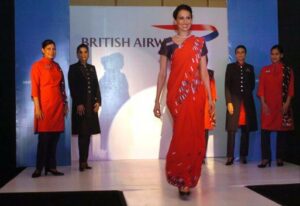 India
Last month we discussed how Emirates is capitalizing on new passenger flows, for example connecting Asia with Africa and with Latin America via its Dubai hub. A good showcase of the challenge that the rise of Emirates is posing to European legacy carriers is India, since the subcontinent is the second largest market for both British Airways (50 weekly flights to 5 destinations in India) and Lufthansa (52 weekly flights to 7 destinations), after the United States.

India is also Emirates’ largest operational market with 185 flights a week to 10 destinations. Says Orhan Abbas, vice president India and Nepal at Emirates, “The Indian market is a very important one for us as Indians have overtaken the British as the single largest tourist group on Emirates.” In the 2010-2011 fiscal year, Emirates’ revenues from India grew 24 per cent to USD1.7 billion, while traffic grew with 10 per cent.

Emirates’ aggressive approach has resulted in significant market shares on international flight routes from India; the airline currently holds 35 per cent on routes from India to Britain, 40 per cent to France, 20 per cent to Germany, and 31 per cent to New York. The airline’s low prices and large network in India make it an attractive option, and on the popular route between India and North America, Gulf airlines such as Emirates are virtually the only practical option for travellers from second-tier Indian cities.

A passenger from New York on the way to, for example, Thiruvananthapuram, has to connect twice when flying via Europe (e.g, at Frankfurt and at Delhi), compared to a single connection at Dubai.

Besides the large number of Indians working in the Gulf states, “one of the reasons for Emirates’ success is that so many Indians love transiting via Dubai,’’ says Madhav Oza of Blue Star Travels, one of the biggest travel consolidators in Mumbai. “The shopping, easy visas and simply the familiarity with the city often makes them choose it over colder and more congested European hubs like Frankfurt, Paris or Brussels,” he says.

Localization
As part of its strategy to become a truly global-oriented airline, Emirates has built an extensive ‘soft’ infrastructure in-flight, catering to diverse passengers tastes with cabin crew from 130 different nationalities, local food and entertainment.

In 2009, Emirates introduced a major revamp of its onboard product to meet regional preferences of India’s diverse populace. For example, on all routes the airline offers passengers the choice of two Indian and one Western dish in all classes.

The airline also introduced local cabin crew on its Indian flights, and as part of the program, over 10,000 crew members received a specially-produced DVD titled ‘Journey through India’ containing an introduction to the country, its diverse customs, and guidelines for interaction with passengers from different Indian states.

Lufthansa, British Airways
In order to retain traffic to and from India, European carriers such as Lufthansa and British Airways are emphasizing their direct routes to Europe, as well as their vast transatlantic network (many Indians travel between India and North America).

“India is a strategic market for Lufthansa and we foresee tremendous growth coming from this region,” says Lufthansa’s Director South Asia, Axel Hilgers. Lufthansa and BA have also been introducing localized services onboard to cater to Indian passengers and compete on the ‘soft elements’ of the passenger experience as well.

In-flight service
Lufthansa employs around 200 cabin crew members from India, who speak the language and are familiar with local customs. According to Werner Heesen, former director South Asia at Lufthansa, research showed that Germans and Indians have different behaviour patterns, be it gestures, vocabulary or softer skills. “We would like our non-Indian crew to know these mannerisms. For example, offering water is one of the basic norms of Indian hospitality. In the West, this doesn’t happen. Also, if the demand of a passenger can’t be met in the West, he’s simply told so. In the East, it would be first explained why the demand can’t be met; there’s a reluctance to say ‘no’ on the face.”

In-flight dining
Lufthansa serves indian meals in Economy Class and has teamed with Indian chefs from The Leela, a chain of luxury hotels in India, to serve Indian dishes in its premium cabins. The german carrier also offers all passengers a choice of chai (spiced Indian tea) as well as Assam teas, and Asian vegetarian and Hindu meals can be booked preflight. Lufthansa says it also makes sure that cabin crew is aware of local customs. For example, whisky is always served with water, whiletea and coffee are served extra hot.

British Airways in 2008 changed the standard two meal options in Economy – beef and pork – with fish pie and chicken to respond to religious restrictions from the Hindu and Muslim communities.

In-flight entertainment
While Bollywood cinema has become par-for-course on the India routes of many major airlines, Lufthansa and British Airways are unique among European airlines in their regional entertainment offerings. Both airlines provide the option of music and movies in both Hindi and Tamil, aimed at their North and South Indian routes, respectively.

Marketing
Lufthansa has also been particularly active in creating marketing initiatives aimed at Indian consumers, tapping into the three great passions in India, food, festivals and cricket. In 2010, the airline organized a  fantasy cricket league, while its ‘Flavours of India’ contest asked online users to share their personal Indian food recipes. Another recent campaign is Lufthansa’s A380 Park & Fly game, a set up of large LED screens at malls in Delhi, Mumbai and Bengaluru that lets shoppers taxi an A380 into a hangar using their own cell phone.

A specific target group for both Lufthansa and BA are Indian students that study overseas. BA allows Indian students travelling abroad to check an extra piece of luggage, while Lufthansa has created a microsite aimed at helping students wanting to go abroad.

Competition
The growth of India’s middle class and businesses, the large Indian diaspora (over 30 million Indians live abroad), and the financial issues that Indian international carriers such as Air India and Kingfisher continue to face, make the subcontinent an attractive market for international airlines.

However, with Emirates’ relentless growth and distinct competitive advantages (low cost structure, Dubai hub, flights to eight of India’s second tier cities), the challenges are mounting on all carriers targeting the Indian market. The competition between Emirates and established airlines such as Lufthansa and British Airways for Indian travellers is a good example of how airlines, besides their network, are wooing a new and much more diverse passenger base.